An evening of timeless songs from classic Broadway shows

The evening concert will feature classic selections from the golden era of Broadway along with songs from some of your favorite contemporary musicals including Phantom of the Opera, Les Miserables, Wicked, and Hamilton. Don’t miss this special night full of Broadway selections performed by Broadway artists! 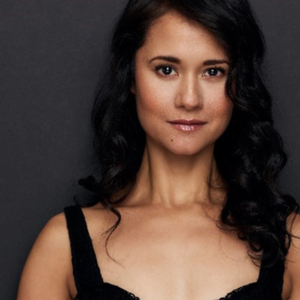 Ali Ewoldt has appeared as Christine Daaé in The Phantom of the Opera on Broadway, “Cosette” in Les Misérables (Broadway, National Tour), The King and I (Broadway, Lyric Opera of Chicago), “Maria” in West Side Story (National Tour, International Tour) and “Luisa” in The Fantasticks (Off-Broadway). She has also played “Philia” in A Funny Thing… (The Muny), “Fan” in A Christmas Carol (McCarter Theatre), “Sarah Brown” in Guys and Dolls (Sacramento Music Circus) and “Martha Jefferson” in 1776 (The Muny). Ali’s concert/symphony work includes: Feinstein’s 54 Below, Tokyo’s Theatre Orb, Canyon Ranch, Alice Tully Hall, The Town Hall, NY Pops at Carnegie Hall, American Pops Orchestra, Houston Symphony, Kaohsiung Symphony and The Boston Pops with Maestro Keith Lockhart. Her TV/Film credits include The Michael J. Fox Show, Yield, Mia and The Cactus. Ali has a BA in psychology from Yale University and is a proud Filipina-American. @aliewoldt 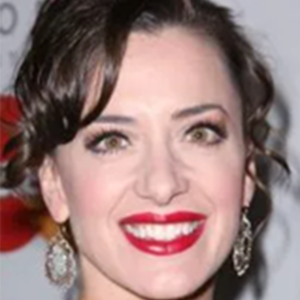 Kathy Voytko was on Broadway in the original cast of Tuck Everlasting. She also performed in the 2014 Tony Award-winner for best musical, A Gentlemen’s Guide to Love and Murder. She made her Broadway debut in the original cast of the Oklahoma! revival, starring Andrea Martin and Patrick Wilson, and then was in the Tony Award-winning production of Nine starring Antonio Banderas and Chita Rivera. She originated the role of “Ariadne” in Stephen Sondheim’s The Frogs opposite Nathan Lane at Lincoln Center. She also appeared in Broadway’s The Pirate Queen and the Pulitzer Prize-winning Next to Normal. Kathy toured the United States as Christine in The Phantom of the Opera, and as “Eva” in the 25th anniversary tour of Evita. In addition to being featured as a soloist with symphonies across the United States, Mexico, and Canada, Kathy has portrayed “Clara” in Passion, “Fantine” in Les Misérables, “Fiona” in Brigadoon, and “Polly” in Crazy for You (Joseph Jefferson Award for Best Actress in a Musical) and she just received her second Jeff Award for her portrayal of “Francesca” in The Bridges of Madison County. She received a B.F.A. in music/theatre from Shenandoah Conservatory and grew up in lovely Johnstown, Pennsylvania. She is married to John Cudia, and they are the proud parents of Alena and Evelyn. 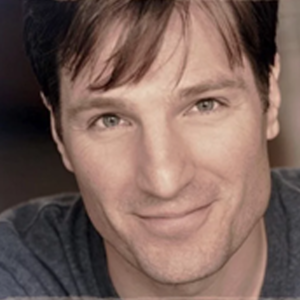 John Cudia is equally at home on Opera, Theater, and Concert stages. A lyric tenor, he proudly made his Lyric Opera of Chicago debut as Curly in their production of Oklahoma! For Vancouver Opera, John most recently sang Count Danilo in The Merry Widow. Previously for Vancouver Opera, he sang Cassio in Otello and Juan Peron in Evita. For Indianapolis Opera, he created the role of Dr. Woodly in the World Premiere of Happy Birthday Wanda June by Richard Auldon Clark with Libretto by Indiana’s own Kurt Vonnegut. For Lyric Opera of the North, he sang the Duke in Rigoletto and Alfredo in La Traviata.  John holds the distinct honor of being the first and only actor to have performed both as the “The Phantom” in The Phantom of the Opera and “Jean Valjean” in Les Misérables on Broadway. John’s most recent Broadway run counted him as only the 12th performer to play the Phantom in its historic, record-breaking 30+ years. 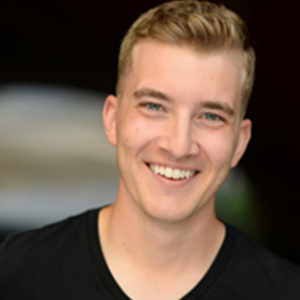 Eddie Brandthas appeared in the Broadway revival of Annie Get Your Gun (Little Jake) and the national tour of Broadway’s, Les Misérables (Gavroche). Saint Vincent Summer Theatre productions of My Way: A Musical Tribute to Frank Sinatra, Route 66, Cole!, and as “Jack” in Into The Woods. He was a Mainstage Performer for Disney Cruise Lines on the Disney Magic. He is an alum of Rider University with a BA in Popular Music Studies along with a Theatre minor and performed in the musical productions of Seven Brides for Seven Brothers (Adam Pontipee) Catch Me if you Can (Frank Abagnale, Sr.) and A Little Night Music (Fredrik). Eddie is currently an Orlando based Music Producer currently working as a Production Supervisor at First United Methodist Church in Clermont, FL. @reddbrandt 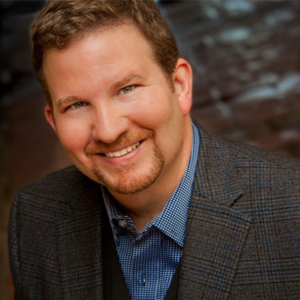 Greggory Brandt (Director / Performer) has been a professional actor and director for over 25 years and is a proud member of Actors’ Equity Association along with the Stage Directors and Choreography Society.  Gregg was in the cast of the Broadway musical, A Tale of Two Cities, and was in both the Broadway and National Touring productions of Les Misérables (Enjolras/Swing). Gregg’s other National Tours include Camelot and Bells Are Ringing, both under the direction of Pittsburgh native Rob Marshall.  He has performed leading roles in many regional productions including, PCLO’s Into the Woods (Rapunzel’s Prince), Disney’s Beauty and the Beast (Beast), The Secret Garden (Archibald), Carousel (Billy), A Little Night Music (Mr. Lindquist), A Musical Christmas Carol (Bob Cratchit), and “Coach Bolton” in Pittsburgh Musical Theatre’s production of High School Musical.  An avid concert performer, Gregg has been featured with numerous symphony orchestras including The New Jersey Festival Orchestra, The New York Chamber Orchestra, The Pittsburgh Symphony, The Washington Symphony, The Butler Symphony and the Altoona Symphony Orchestra.

As a director, Gregg recently directed the charming musical, I Do, I Do! at the Greensburg Civic Center. He served as the Production Supervisor for Barnabus Theatre Productions new musical production, Amazing Grace: The True Story (Broadway debut 2015), where he directed the New York debut workshop and regional concert performances. Gregg is currently an Assistant Professor of Theater and the Producing Artistic Director at Saint Vincent Summer Theatre at Saint Vincent College where he has directed over 20 productions including, The Marvelous Wonderettes, Mitch Albom’s Tuesdays With Morrie, Into the Woods, Nunsense, Moon Over Buffalo, Forever Plaid, Disney’s Beauty and the Beast, Leading Ladies, My Way: Tribute to Frank Sinatra, Route 66, See How They Run, The Odd Couple and Always..Patsy Cline. Greggorybrandt.biz.

Thank you to our sponsors:

No results See all results